“Immaculate” and “modern to the nth degree” read a Washington Post ad one December day in 1930. Sounds intriguing, but what dazzling, new technology was it describing? A television set? One of those new electric razors? Penicillin?

The answer: a strip mall. 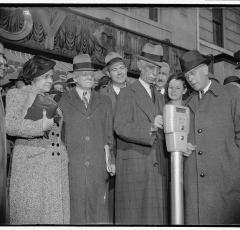 Washington, D.C., has 17,000 parking meters, and the necessity of feeding them is one of those annoyances that urban drivers grudgingly accept. Though it may be difficult to fathom today, there was a time in the early 20th century when the idea of collecting fees for parking spaces was opposed by the American Automobile Association and motorists who saw it as unfair taxation. As a result, it took several years to get approval to install the first meters on District streets.