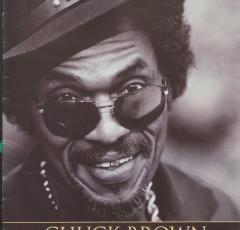 Go-go music is a signature Washington, D.C. sound and the D.C. Public Library has started an archive to preserve its history. Archivist Derek Gray is leading the charge and is seeking heirlooms related to the D.C. go-go scene: CDs and audio recordings of Chuck Brown and other go-go artists, flyers, posters, event advertisements, photographs, videos, DVDs, and other memorabilia. Help preserve the legacy of D.C.’s homegrown sound for future generations!

“There ain’t no party like an R.E. party, cause an R.E. party don’t stop.” Rare Essence, known around the DMV as “the most wickedest band alive,” has been one of the region’s most popular go-go acts for over 40  years despite several setbacks which could have easily ended the party.

A previous post detailed the eclectic history of the Uline Arena, also known as Washington Coliseum, the barrel-roofed hall that from the 1940s through the 1980s hosted everything from hockey and basketball to a rodeo featuring Roy Rogers and Trigger. But the arena, located at the corner of M and 2nd Street NE with an entrance on 3rd Street, also has a rich musical history. Jazz great Charlie Parker played there in April 1951, on a bill that also included June Christie and Johnny Hodges. A decade later, Duke Ellington and his orchestra played to a packed house as part of the First International Jazz Festival in Washington. Country star — and Winchester, Virginia native! — Patsy Cline was scheduled to play there 10 days after her death in March 1963. (Dottie West took her place.) Of all the acts to play the old Coliseum, the Beatles show on February 11, 1964 probably takes the cake.