Eastern Market has been a place of social gathering in Capitol Hill since its construction in 1873. Despite many efforts to shutter the market and a devastating fire in 2007, the market endures as a Southeast institution. 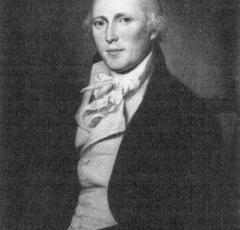 Local wine sales have reached record heights in recent years. But even though Virginia and Maryland’s 350+ wineries are beginning to enjoy the fermented fruits of their labor, the west coast remains the hub of wine production in the United States. Over 92% of the country’s wine is produced on the west coast and Napa Valley remains the recognized capital of American wine. However, the area's amateur sommeliers can take pride in the fact that John Adlum, “father of American viticulture,” called D.C. home.

The industrial revolution was reshaping the United States in the 19th and early 20th centuries, as the country shifted from a pure agrarian structure, to a more industrial one. While many major American cities of the early 20th century were home to bustling factories and mills pumping smoke into the air, Washington’s largest processing industry filled the air with a different smell—fresh baking bread. In the same neighborhood as the former Griffith Stadium in Shaw, family-owned bakeries lined the streets. Among the most prominent of these bakeries were Dorsch’s White Cross Bakery, Holzbeierlein Bakery, and Corby Baking Company, which were responsible for producing almost all of the bread, cake, and pastry products sold in the Washington area, consequently making them all household names in D.C. 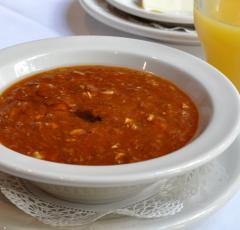 Before the days of Half Smokes and Jumbo Slices, D.C.’s collective stomach rumbled for a different delicacy: diamondback terrapin. The native turtle had long fed residents of the Chesapeake but by the 1830s the turtle had become one of the region’s most coveted foodstuffs and by the end of the 19th century, swanky eateries from New York to California featured turtle soup on their menus. While turtles from all over the U.S. were used to prepare this famous dish, the Chesapeake Diamondback was undoubtedly the turtle of choice.