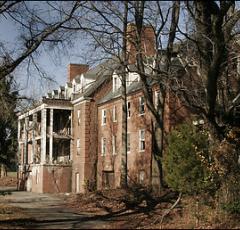 The American Experience film The Forgotten Plague details the impact of Tuberculosis on American society. TB was a problem everywhere. But, the disease hit few places as hard as it hit Washington, D.C. In fact, according to a 1934 report by the District Medical Society, only Memphis, San Antonio and New Orleans had higher death rates among large cities in the United States.

The stats were alarming. They were also somewhat surprising, at least according to some. As the DMS report noted, since D.C. “is less congested and the economic situation is better than in any other city in this country, we should have one of the lowest death rates.” However, the rate in the nation’s capital was “higher even than that of Baltimore, where congestion and the economic situation are notoriously unfavorable.” (Sorry, Baltimore, apparently you were the measuring stick for terrible public health in the 1930s.)