December 6, 1877 was a big day in local journalism as D.C.'s longest running local rag, The Washington Post, published its first issue. For three pennies readers got four pages of news. Sounds like a pretty good deal. 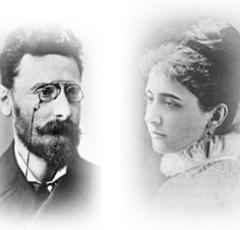 Here’s a fun piece of trivia. America’s most famous newspaper publisher, Joseph Pulitzer, than man who is often credited for rise of modern journalism, was married here in Washington 135 years ago on June 19, 1878.

His bride was Miss Kate Davis of Georgetown, a cousin of Jefferson Davis, the former president of the Confederacy. (I wonder if cousin Jefferson knew that Pulitzer had fought for the Union army during the Civil War. In fact, his immigration expenses from Hungary to the United States in 1864 were paid by Massachusetts military recruiters!)