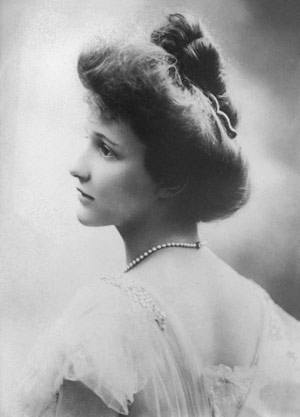 Lady Nancy Astor was a native Virginian who was the first woman to hold a seat in the British Parliament. She exhibited her famous sharp tongue on a visit to Washington in 1922. (Photo source: Wikipedia)
April 1922 was a busy time for Washington socialites and the newspapers that followed them, as the city hosted no less than five national and international women’s groups in the span of a few short weeks. DC had long been a party town (pun intended) but these gatherings provide a glimpse of the changing dynamics of womens’ political involvement during the 1920s, immediately following the passage of the nineteenth amendment. Let’s take a look at some highlights.

The weeklong Daughters of the American Revolution convention kicked off with a grand ball, which was followed by parties thrown by individual members, groups of members, and state delegations. The group was received at the White House on April 21st when the First Lady, Mrs. Harding, who was an Ohio Daughter herself, held a special tea for the Ohio delegation.  The Daughters of 1812 were also received during this time at the White House; their annual conference was scheduled around the D.A.R. to make it easier on women who were members of both.

Over at the Wardman Park Hotel, the League of American Penwomen held their silver jubilee and first biennial conference with a book fair, author’s breakfast, and a costume carnival ball that attracted a number of literary notables. The authors’ breakfast featured “leaders in literature, art, music, dramatic, diplomatic, and official circles of both sexes” from all over the country. Speakers offered varying assessments as to whether the success of the women’s suffrage movement had improved or deadened the world. After breakfast, guests could wander the hotel and view the book fair. Among the different books and booklets available was one showcasing “the handiwork by the Christian girls rescued from the harems,”[1] whatever that means.

Of course the Penwomen wanted an audience with the First Lady, too. Luckily for them, D.A.R. member Mrs. Harding was also a Penwomen, so the group was received at the White House for tea. (If you haven’t caught on yet, in these circles, the First Lady was just as important as the President.)

The League of Women Voters also made quite a splash with its third annual convention in Baltimore lasting from April 20 – 29. The gathering included a Pan-American conference with 22 represented countries “for the purpose of exchanging ideas with the women of Latin-America on woman’s participation in government”.[2] The delegates from South America attracted a lot of attention when Señora Cia Paldino de Vitali declared that Uruguay was a “feminists’ paradise.”[3] (Uruguay had granted women the right to vote in 1917.)

Despite its Baltimore location, “considerable numbers” of Washington ladies – including Mrs. Coolidge, the wife of the Vice President – attended the conference and the press followed it closely. And, on the last day of the conference, the attendees traveled back down to Washington, where capital society welcomed them with open arms and – surprise – tons of parties.

Possibly most exciting about the League of Women Voters convention was the attendance of Lady Astor, a native Virginian and the first woman to hold a seat in British Parliament. Astor, famous for her barbed wit, lived up to her reputation when the convention gathered along with other prominent citizens to witness the planting of the “first international tree” by Vice President and Mrs. Coolidge.  Apparently she was less-than-impressed with the males in attendance and  remarked, “You men are just boys. You need the women to take care of you… Look at your socks! So it is in politics.”[4] Sorry, fellas.

On April 30, the Women’s Overseas Service League started their own four-day conference, which was a  more-subdued affair than the proceeding conventions. It opened with memorial services at the Tomb of the Unknown Soldier in Arlington for the “more than one hundred and fifty women who died in service overseas.”[5] Speakers included a popular general, the French and British ambassadors, and the Countess Helen de Gobliel of Belgium.