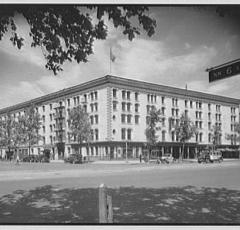 When one thinks of the gambling scene in the 1920s, 30s, and 40s, the likes of Al Capone, Frank Costello, and Bugsy Siegel immediately spring to mind. However, the District had its own gambling godfather — Jimmy Lafontaine. He couldn’t have been further from the American gangster archetype. Though his extralegal line of work inevitably brought him unwelcome brushes with mobsters and the law, his story is not one of bootlegged booze or mysterious murders. Rather, he’s most often remembered for his charity and reputation as Washington’s “gentleman gambler.” 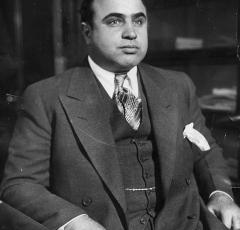 Years after the 1931 federal conviction for tax evasion that put Al "Scarface" Capone in prison and ended his career as Chicago's most feared mobster, he was known to complain bitterly about the man whose vendetta, in Capone's view, had put him behind bars. "That bastard Hoover," Capone would rant. But he suprisingly, he wasn't talking about FBI director J. Edgar Hoover, who, despite his heavily-hyped reputation as a gangster nemesis, had little to do with Capone's demise.

Instead, Capone saw his true mortal enemy as President Herbert Hoover. And unlike most of the people who harbor grudges against Presidents, Capone actually was right.