Today, discussion regarding public monuments and which historical figures deserve to be memorialized is source of a heated debate among historians and the general public alike. But even a hundred years ago, D.C. lawmakers spent nearly fifteen years bickering over whether a certain someone’s likeness should or should not be set in stone. 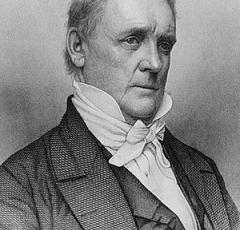 What better treat for a president-elect waiting to move into the White House than to stay in one of the swankiest hotels in the capital? Well, as it turns out, James Buchanan would have done better to have found less plush accomodations in the spring of 1857. He and hundreds of others fell victim to a mysterious ailment after staying at the luxurious National Hotel.

This sickness, because it came at the end of a harsh campaign against the victorious Buchanan, was thought by many to arise from a poison. Fingers were pointed at various political opponents; even the Spanish government in Cuba was blamed.