Karis Lee is a recent graduate of William & Mary and an aspiring educator. When she's not researching the stories of the DMV's immigrant communities, she enjoys indulging in hot cheetos, writing mediocre iphone notes poetry, and watching Korean dramas.

When Japanese immigrant Kojiro Inoue first moved to the Washington area in 1971, D.C. had some Japanese restaurants but couldn’t boast of any that offered sushi. It was for good reason—hardly anyone seemed interested in the idea of eating raw fish. “Sushi wasn’t popular,” explained Inoue to The Washington Post years later. So when Inoue decided to start a small sushi bar within Sakura Place, a Japanese restaurant in Silver Spring, the endeavor wasn’t without its risks. However, Inoue saw potential.

How did the historic D.C. neighborhood of Anacostia get its name? The short answer is, of course, its proximity to the Anacostia River; but the river has its own history that’s worth unpacking. Like the Potomac, Anacostia’s name can be traced back to the area’s Indigenous population – in this case, the Nacotchtank of the Algonquian stock.

If you were to delve into the history of the Girl Scouts of the Nation’s Capital (GSNC), most of what you would find relates to troops’ longstanding history of service. After all, Girl Scout’s mission statement espouses values like “courage, confidence, leadership, and character.” But as historian Miya Carey reveals, the GSNC’s legacy is complicated by its historical exclusion of Black troops. 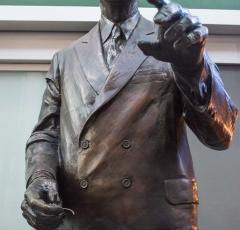 Recently, Washington’s Black community has – rightfully – pushed for more memorials and markers honoring Black leaders and the city's rich African American heritage. While we wait for our city’s landscape to reflect more of its history, we highlight some existing sites that deserve more attention.

Much like any city, Washington’s landscape is ever evolving, and the rise of gentrification has transformed many of the city’s neighborhoods. Take downtown 14th street, for example. Today, 14th street offers all the hangout spots a D.C. millennial yuppie might desire: hip bars, coffee shops, sleek gyms equipped with spin bikes... In the 1970s and 1980s, though, a less-conventional business threatened to displace the street’s small neighborhood shops: adult bookstores. 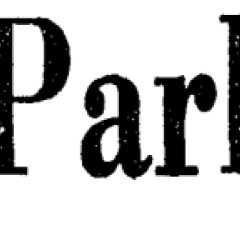 Depending on how you look at it, the 1976 Koreagate scandal didn’t really start with Tongsun Park. But when the media caught wind of “the most sweeping allegations of congressional corruption ever investigated by the foreign government,” Tongsun Park’s charm and personality made him an entertaining antagonist. Part of the intrigue was that Park’s story didn’t conform to the stereotypical immigrant narrative. Park, born in 1935, grew up with wealth. By the 1970s, Park’s opulence – “expensive homes, lavish Embassy Row parties, worldwide jet travel and purchase of his own downtown office building” – made him a Washington celebrity, the District’s “Asian Gatsby.” 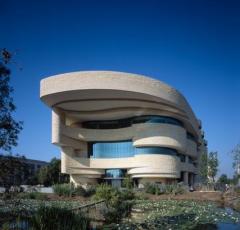 The Smithsonian museums attract millions of D.C. locals and tourists alike every year, but in the late 1980s, the Institution found its reputation at risk. As Smithsonian spokeswoman Madeline Jacobs described in October of 1989, “The calls and letters” during that period were “like a flood." "Even important topics like our divestment from South Africa didn't get this much attention,” Jacobs told The Washington Post.

What sparked the uproar? In 1989, the Smithsonian reportedly held 35,000 skeletal remains of Indigenous peoples, 18,500 of which were Native American remains. 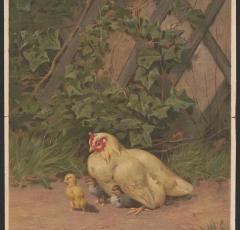 Washington has seen its fair share of crimes: mafia operations, drug networks, triple murder… But in the late nineteenth and early twentieth centuries, one of the city’s most pervasive crimes was one we today might find difficult to imagine: chicken thievery. In today’s urban landscape, the phenomenon may seem difficult to imagine; but 150 years ago chicken robbery was widespread -- and serious business. The practice was dangerous and, at times, even fatal. 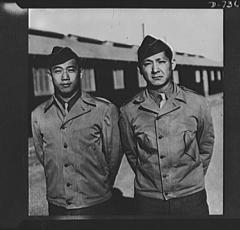 As the new PBS documentary Asian-Americans notes, many Asian-American immigrants maintained strong bonds to their home countries and were deeply affected by World War II conflicts that occurred in the Pacific theater. In fact, even before U.S. involvement and the Japanese attack on Pearl Harbor in 1941, Asian-Americans from the D.C. area closely followed the brewing conflict between China and Japan. Many still had close relatives in China, and Japanese imperialist expansion into China and the resulting Second Sino-Japanese War moved Chinese-Americans at home to organize. On July 7, 1938, in recognition of the one year anniversary of the war’s outbreak, D.C. Chinatown's shops and restaurants closed as the Chinese community gathered in the streets.

What Was It Like to Ration in DC during World War II?