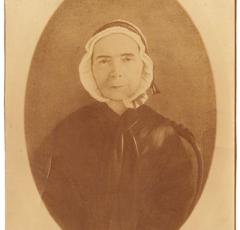 When the Civil War began looming on the horizon, Judith Brockenbrough McGuire (1813-1897) was the wealthy wife of a prominent citizen in Alexandria, and like many on both sides of the conflict, she believed in a speedy and perhaps even non-violent end to the conflict. In the days leading up to the war, McGuire recorded in her diary the increasingly depressing landscape of Alexandria. Give it a read and take a step back in time! 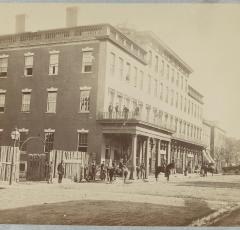 We've all seen Mercy Street, but what was the real-life Civil War experience like for Union Army doctors? Alfred Lewis Castleman, a surgeon in the Wisconsin 5th regiment, provides a glimpse with his 1862 diary. The job was difficult, to put it mildly — rife with medical challenges as well as bureaucratic ones. 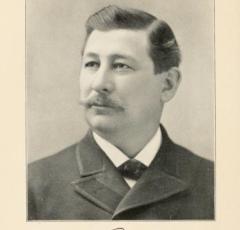 One of the most remembered war correspondents was also the youngest reporter in the Civil War, George Alfred Townsend. Born in 1841, Townsend’s reports on the Battle of Five Forks and the Lincoln assassination gained him wide recognition, but before he had the chance to write those, Townsend visited the occupied city of Alexandria. Among his observations: "It would not accord with the chaste pages of this narrative to tell how some of the noblest residences in Alexandria had been desecrated to licentious purposes; now how, by night, the parlors of cosey homes flamed with riot and orgie [sic]."

After Union forces were routed in the first Battle of Bull Run in July 1861, they rushed back northward in a panic, realizing Washington was vulnerable to a Confederate counterattack that — fortunately for the Union — the enemy chose not to mount.

A few days afterward, when Maj. Gen. George B. McClellan was appointed military governor of the capital, he made a sobering assessment of its poor defenses. As a result, the Union launched a crash campaign to protect Washington with a ring of outer defenses, which by the war's end would include 68 forts, 93 artillery batteries, and 20 miles of rifle trenches, as well as picket stations, blockhouse, and bridgeheads. 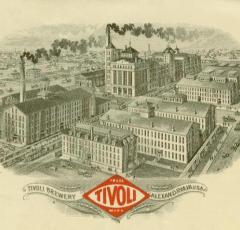 The history of brewing beer in the United States is a rich and storied one. Cities like St. Louis, Missouri and Milwaukee, Wisconsin resonate with most beer drinkers across the country as centers for American brewing. For Virginia residents, you might not realize how close Alexandria, Virginia came to being one of those brewing capitals. From the closing years of the Civil War until prohibition turned Virginia into a dry state, the Robert Portner Brewing Company was the leading brewery and distributor in the southeastern United States. Led by its visionary namesake, the Portner Brewing Company became the largest business in Alexandria and remains a fascinating tale of innovation.

During the Union army's occupation of Alexandria from 1861 to1865, young Confederate ladies would have had no one around to drop a handkerchief for other than Union soldiers. Well, that wasn’t going to work, not when "the slight difference of color [between gray and blue] symbolized all the difference between heaven and hell." So what's the next resort? Obviously, forming a local branch of the secret society known as the Knights of the Golden Circle.

The Civil War changed Washington, D.C. tremendously, but one of the biggest impacts came from the thousands of former slaves who fled from the South and journeyed northward to seek refuge in the nation's capital. By early 1863, an estimated 10,000 of the refugees had arrived in the city, doubling the city's African-American population. The new residents were impoverished and in desperate need of basic wants, and often had no idea how to survive in a city. 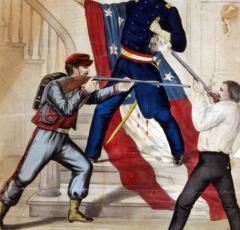 Possibly the toughest part of being a President is having to send U.S. forces into combat, knowing that some of them will not return alive.  After the Civil War began in 1861, President Abraham Lincoln had to face that terrible reality very quickly. On the morning of May 24, 1861, a personal friend of the President, Col. Elmer Ellsworth, became the first Union officer to be killed in the conflict in nearby Alexandria, Virginia.

It's easy to remember the battles — First Manassas, Second Manassas, Antietam and more — but the Washington, D.C. area was also home to many other significant Civil War events, too. After all, it was here that Col. Robert E. Lee resigned his commission in the U.S. Army and followed his home state of Virginia to the Confederacy; it was here that President Lincoln directed the Union's war effort; it was here that the President was assassinated in 1865.

And, it was also here that thousands of African Americans first experienced freedom after generations in bondage through the "contraband" camps, which the federal government created on the abandoned lands of secessionists during the war.

Local Civil War blogger Ron Baumgarten has been exploring these largely-forgotten camps on his Civil War blog, All Not So Quiet Along the Potomac.