Even Washington D.C. couldn’t hold Harry Houdini, the original handcuff king. On New Years Day in 1906, the infamous Houdini broke out of what was said to be the strongest and toughest jail in the city.[1] The Tenth Precinct boasted “…cells of the most modern and approved pattern. The doors of these cells are steel-barred and have the most intricate combination locks.”[2] Of course, it was the perfect challenge for Houdini.

While in town to perform at Chase’s Theatre, Houdini publicized his craving to show off his escape skills. Upon hearing this, Police Chief Major Richard Sylvester excitedly invited Houdini to visit the Tenth Precinct. The only demand from Houdini was one he requested every place he went; that he is allowed to examine the cell and the locks prior to being cuffed. Sylvester agreed at first, but seconds before locking up his new prisoner, switched the locks from another cell.[3] 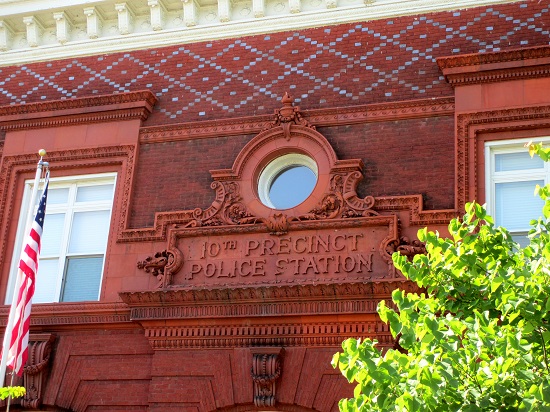 The Tenth Precinct still stands today, although now it is home to the Metropolitian Fourth District Substation. It is listed on the National Register of Historic Places. (Photo source: Author photo)
Houdini then took a very big risk. Was it foolish? Absolutely. But Houdini had a reputation to uphold. He was stripped of his clothing (which were locked in the cell next door), handcuffed by special Secret Service cuffs, placed in cell no. 3 and locked behind five separate locks. Let the challenge begin.[4]

18 minutes later, Houdini presented himself among the guards and Major Sylvester, fully clothed and smirking. Later, Houdini commented on his escape remarking “the handcuffs they tried on me were easy.”[5]

So how on earth did he do it? Was it with the small needle that was found in the cell after Houdini’s escape? Or perhaps the knowledge he gained while apprenticing at a locksmith in his childhood? “The secret of your power lies in the fact that you are probably the most expert locksmith in the world, does it not?” asked one man to which Houdini responded “Practically, yes.”[6] Or maybe it was magic. 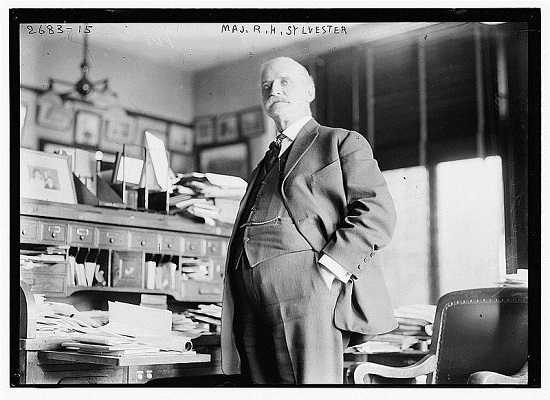 The Police Chief Major Richard Sylvester. (Photo source: Wikipedia)
In an interview with Houdini a week after the escape, Washington Times writer Frank Morse discovered some interesting details about the New Years Day incident. Apparently Major Sylvester left quite a negative impression on the escapee; from the last minute lock switch to his “brutal threatening attitude,” Houdini commented that he had never been treated so poorly while performing a jail escape.[7]

It’s unclear why Sylvester gave Houdini such a hard time. Despite holding the title of Chief of Police of DC for 17 years, he couldn’t break out of any jails. Jealously is an ugly thing.

To find out more about the Park View neighborhood, check out the self-guided walking tour brochure produced by Kent C. Boese.