When heavy snow caused an Adams Morgan theater's roof to collapse, 98 moviegoers were killed in one of the District's worst disasters ever. 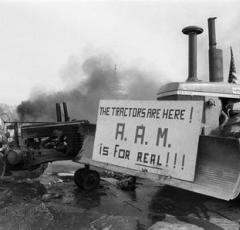 In February 1979, thousands of farmers from across the country — and their tractors — barreled into Washington to protest in favor of agriculture policy reform. They snarled traffic for several weeks, frustrating commuters. But public opinion began to shift when an unexpected blizzard buried the city under two feet of snow and the protesters took it upon themselves to plow city streets and ferry doctors and nurses to work.