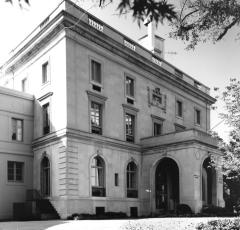 For Washington socialites, the most anticipated event of the winter season arrived on January 19, 1903. The rooms of the Russian embassy were full to bursting with the best of the Capital. The entire diplomatic corps, the Cabinet, and the Supreme Court were in attendance. While downstairs guests were being shown to their places, the crying bride was being dressed in her finery upstairs. The Parisian gown was made of white satin and gold brocade, and just dripping with pearls. A mantel of lace fell from her shoulders, over a full court train, and a “misty veil of tulle” was fastened to her head with a coronet of orange blossoms. A wedding gift from the groom, a magnificent diamond collar with ruby clasps, encircled Irene des Planques neck. It might as well have been a noose. 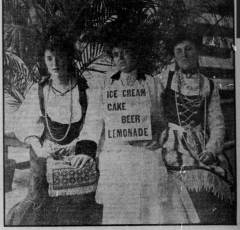 “Don’t you know there’s a war on?” That’s the usual refrain when your country is at war. But for Countess Marguerite Cassini, daughter of the Russian ambassador to Washington, the 1904-1905 war between Russia and Japan was a reason to have a two-day party. And if you say it’s for charity, why not? 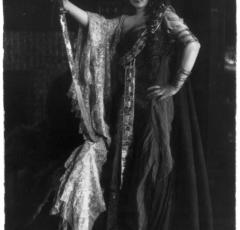 When Countess Marguerite Cassini first arrived in DC in 1898 during the McKinley administration, she accompanied the first Russian Ambassador to America, Count Arthur Cassini, as his 16-year-old “niece.” An air of mystery shrouded her origins, but as the oldest female relative of the ambassador, the “Countess” was the embassy’s official hostess. At state functions, she would be seated in the proper place for the Russian hostess — at the top right below the British, French, and German hostesses. The wives of the diplomatic corps bristled to be placed beneath an unmarried teenager, who was thought to be “neither a [countess] nor, according to rumor, a Cassini.” To be fair, the Capital gossip wasn’t entirely wrong; young Marguerite wasn’t a countess, and the count was not her uncle. He was her father. But questions over her roots soon gave way to amazement over the Countess's command of the D.C. social scene, which she effectively ruled along with Alice Roosevelt. 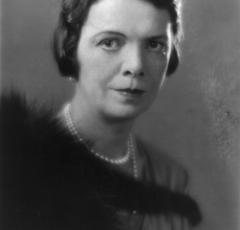 Born into wealth and privilege, no one can say Cissy Patterson started at the bottom, but she definitely ended up at the top of Washington's social scene in the 1930s. As the owner of the most popular newspaper in the city, Patterson defined who was who in D.C., sensationalizing political feuds in print and throwing elaborate parties at her Dupont Circle mansion. But despite being the brightest star in the sky, she was anything but universally beloved. Just ask her daughter, Felicia. 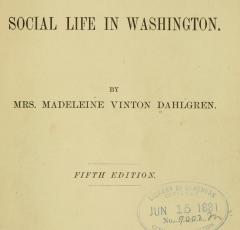 Before 1886, presidential succession called for a special election if the President, the Vice President, the President pro tempore of the Senate, and the Speaker of the House all died. This left a lot of Washington hostesses high and dry. In the District, where official life totally overlaps with social life, knowing whether the Chief Justice took precedence over the Secretary of State is just as important to the President’s wife as it would be to the President. So, before the 1886 Act established a detailed list of who’s the who-est in Washington, how did the ladies do it? Usually with complicated treatises on political theory. 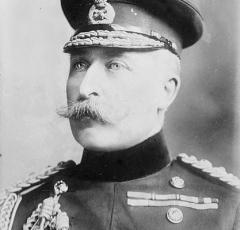 As the nation's capital, Washington has a long and illustrious history of hosting important guests, but in 1870 the city's fashionable set pulled out all the stops for the seventh child of Queen Victoria, His Royal Highness Arthur William Patrick Albrecht. Called Prince Arthur, the fashionable prince made quite an impression on the press and the city's Treasury girls.

An Evening at the White House with Johnny Cash

L'Enfant's Guide to Getting Fired