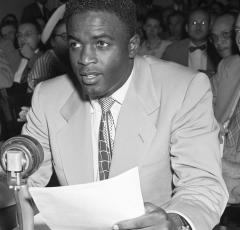 Jackie Robinson, who broke baseball's color barrier, was pressured into testifying before the infamous communist-hunting committee in July 1949. But he also used the opportunity to speak out about racial injustice. 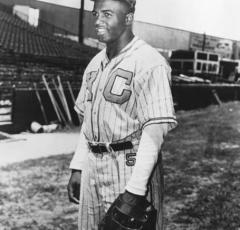 When you see the Jackie Robinson film, 42, it’s safe to assume there won’t be any scenes of Robinson’s Dodgers playing the Senators in Washington. That’s because it never happened, aside from maybe an exhibition game. The teams were in different leagues, so only a World Series would have had them square off. And, anyone who knows anything about baseball (or has seen Damn Yankees) knows the Senators were not exactly World Series material in the 1940s and 1950s.

But what you may not know is that Robinson actually did play in D.C. before he became a Dodger and it was a pretty big deal.