In the wee hours of the morning on October 11, 1972 William Claiborne was doing what most other Washingtonians were doing: sleeping. When the phone rang at 4:15 am, he answered groggily. A panicked voice on the other end of the line said that inmates at the D.C. Jail were holding guards hostage and had requested his presence.

A few minutes later, Corrections Director Kenneth L. Hardy called with a personal plea. “Mr. Claiborne, they have taken Cellblock 1 and they are holding nine of my men as hostages. They want to talk to you. Can you come down here?”

For the first time since 1979, the future of the city’s Summer Youth Employment Program was in doubt after Sharon Pratt Dixon took the helm for a disgraced Marion Barry in 1991.  One of Pratt Dixon's main political objectives was to tackle the enormous budget deficit left in Marion Barry's wake.  The Summer Youth Employment Program was one of the first programs to be slashed from the budget which meant, for the first time since 1979, young Washingtonians seeking jobs through the program were not guaranteed a slot.  Sensing the tension around the budget cuts, Dixon appealed to the business community to help fill the void, effectively gambling with what might be considered Marion Barry's signature program.

The price of public transportation in D.C. is rising and people are angry. Although this statement could accurately describe the present time, let’s turn back the clock to 1965.

D.C. Transit had just announced plans to raise bus fares and one man wasn’t having it. This man was Marion Barry, who would go on to become mayor of D.C., serving four terms. But Barry wasn’t mayor yet. He was a relatively new resident in D.C., having moved here to open up a local chapter of the Student Nonviolent Coordinating Committee (SNCC). Barry saw the bus company’s raised rates as a direct hit to low income people in the District, who were mostly African American. 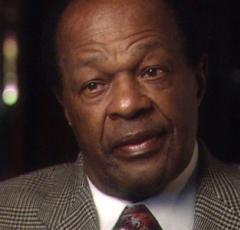 It was 1977, and a handsome, elegant young DC councilman named Marion Barry walked into the grand opening of the W.H. Bone restaurant in Southwest, and made his way to a back table. There, he found local entrepreneur Stuart Long, who was known to be discontented with how difficult it was to get the local bureaucracy to grant liquor permits. As recounted in Harry S. Jaffe's and Tom Sherwood's book Dream City, Barry let Long know that he was running for mayor against council chairman Sterling Tucker and incumbent Walter Washington. "Are you with me?" Barry asked.

"What are my choices?" Long reportedly replied. "You know I want to get Walter out. Sterling's boring. You're fun. I'm with you."

On the morning of January 22, 1987, Washington was hit by a massive snowstorm that, in some ways, might have been the beginning of then-Mayor Marion Barry's ignominious downfall. A sudden storm quickly dumped 14 inches of snow upon hapless Washingtonians, forcing the federal government, the District government, and businesses to shut down and send hundreds of thousands of workers home. That exodus, combined with the rapid snow buildup, quickly threw its transportation system into chaos. Ice built up on the third rail from which Metro trains draw power, by afternoon, officials had to shut down 37 miles of the 70-mile rail system, as they stuggled to free six trains that were stranded for several hours on the Red Line. Police had to be called in to manage the overflow crowds of stranded commuters at stations. 130 buses became stuck in the snowy roads, including 17 that were jammed up on one stretch of Massachusetts Avenue alone. Cars couldn't get anywhere either. 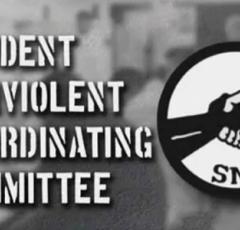 In 1964, SNCC focused efforts on black voter registration and education in Mississippi, which had the lowest percentage of African-Americans registered to vote in the country (a startling 6.7% as of 1962). The group recruited hundreds of volunteers from college campuses across the nation to come to the state to canvass.

The 1964 Freedom Summer movement in Mississippi does not generally conjure up images of the nation’s capital. But a few of the organizers had strong ties to the District. 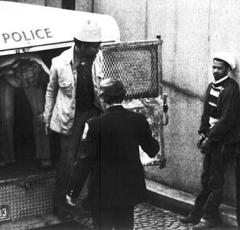 When Pierre L’Enfant designed the city of Washington, he structured the wide boulevards and traffic circles so that it could not be easily tied up by violence, as Paris had been during the French Revolution. Yesterday, it was obvious that L’Enfant failed.

So read the Washington Post on the morning of March 10, 1977. But traffic was the least of Washington’s concerns that day. 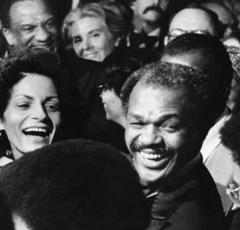 Nowadays they call him the "Mayor for Life," but 35 years ago Marion Barry was just getting started. In 1978, he narrowly defeated incumbent mayor Walter E. Washington and D.C. Council Chairman Stanley Tucker in the Democratic primary, and then coasted to victory over Republican Arthur Fletcher in the general election.