In the early 1960s, the Evening Star called the Columbus Circle fountain in front of Union Station “a ready made swimming pool with ledges, platforms, and friendly statues. It is a grand place to wrestle and splash during the heat of the day, to get the shivers, and to finally recapture the heat by stretching full length on the warm bricks of the surrounding walk. Columbus looks on — pleased and noble.” However, as inviting as it was, swimming in the fountain was technically against Park Police regulations ... which made it the perfect place to protest Washington’s shortage of accessible swimming pools. 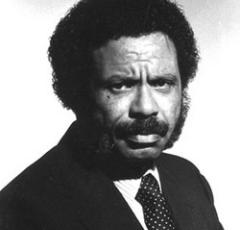 “God gave me a talent, and that talent was verbal skills." Critically acclaimed as America’s first “shock jock,” Petey Greene had the mouth and charisma to roar in the ears of people in the streets of Washington, D.C. His impact was no more apparent than in April of 1968 during the aftermath of Dr. Martin Luther King’s assassination.

Running down the streets outraged, a group of about thirty young people burst into a drug store. “Martin Luther King is dead,” they shouted. “Close the store down!” 26-year old Stokely Carmichael, former chairman of the SNNC and the initiator of the what became the “Black Power Movement” in 1967, led Washington, D.C. civilians down the streets demanding that all businesses close out of respect of the death of King.

Although the initial goal was to maintain peace, things quickly went out of Carmichael’s hands. Emotions boiled and violence broke out.