In June of 1923, Washington, D.C. prepared for thousands of men to descend upon the city for the 49th  annual session of the Imperial Council of the Ancient Arabic Order of the Nobles of the Mystic Shrine. In other words, the Shriners were coming to town. Over the course of June 5, 6, and 7, the city would become a sea of fezzes as thousands of Shriners took part in a number of different events throughout the city, including a parade down Pennsylvania Avenue, a massive concert at American League Park, and even an open invitation to overtake the White House by the President himself. 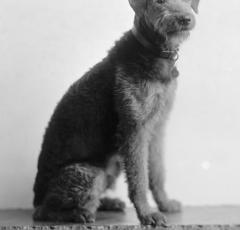 It used to be that presidential pets were considered nothing special, but after World War I, Washingtonians were looking for happy news — and they got it in the form of a happy-go-lucky dog that changed how Americans looked at animals who lived in the White House.