Kirsten Hankins had grown up watching history films and documentaries with her dad. In school her teachers would set fun projects like putting Martin Luther on trial, or recreating French salons where students had to act the part of various philosophes. By the time she entered university, she was set on studying history. Kirsten recently graduated from Royal Holloway University of London with a Masters degree in Public History and previously from Salisbury University with a Bachelors in History with minors in Anthropology, English, and Art. Aside from interning with WETA, Kirsten is currently working as a docent at the Port Tobacco Historic Site in Southern Maryland. Regardless of where she is, Kirsten is hoping to bring enthusiasm and interest to the discussion of historical topics! 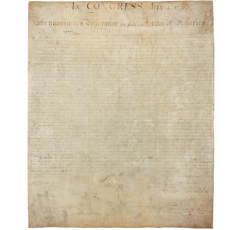 Josias Wilson King is a name that would probably not ring any bells. In fact, even when Google-searched, it takes a great amount of effort to find much if anything about him. In life, however, he interacted with some of the most prominent men in American history – Presidents Thomas Jefferson and James Madison – was involved in the first scandal in the Library of Congress’ history, and helped to save America’s keystone documents. 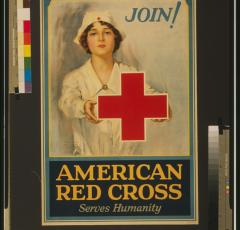 On January 30, 1915, a select few of Washington’s high society came out for the wedding of Edward Motely Pickman and Hester Marion Chanler. The two married in an intimate ceremony at the Meridan Hill home of Mr. Henry White, a former Ambassador to France, and his wife Margaret “Daisy” Stuyvesant Rutherford, a prominent New York socialite. (The Whites were distant relatives but close friends of Hester’s family.) The day before, Washington’s movers and shakers celebrated the young couple at the exclusive Alibi club where membership rolls included presidents, senators, chief justices, and ambassadors.

News of the wedding took the front page of The Washington Post’s Society section. However, it was not the guest list or the bride’s dress that made the Pickmans the talk of the town. Rather, it was their unusual honeymoon plans.