In the summer of 1892 Washingtonians had their hearts broken. After 12 years of conducting the United States Marine Band, John Philip Sousa, D.C. native and beloved conductor, submitted his resignation to the U.S. Marine Corps. He was leaving for Chicago, where he accepted an offer to serve as musical director of a new military-style civilian band. The public would not let their beloved Sousa go easy, and arranged a farewell testimonial concert where he could exhibit his grand conducting skills for an eager audience one more time. This concert served as the first of two farewell concerts for Sousa with the second taking place the very next day on the White House Lawn.

In the summer of 1969, thousands of young people gathered together to attend a festival showcasing many of the greatest musicians of their generation. Huddled around each other in the mud, these counterculture youth engaged in a capstone event to the rebellious and liberating 1960s. This event, of course, was Maryland’s Laurel Pop Festival. 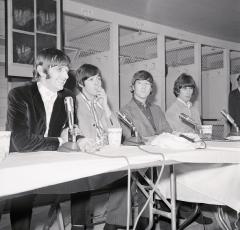 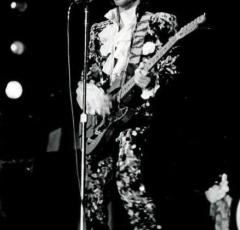 Did you know that Washington, D.C. played host to one of Prince's most unique and inspiring performances? At the very pinnacle of his fame during the massively popular "Purple Rain" tour in 1984, Prince stopped to play a free concert for 1,900 students at Gallaudet University — the world-renowned school for the deaf — and 600 special needs students from D.C.-area schools.

It's hard to imagine that anyone would think the Beatles might not be a big enough concert draw. But when Harry G. Lynn, owner of the old Washington Coliseum at 3rd and M streets NE, was approached by local radio station WWDC in late 1963 about the possibility of booking the then-nascent British pop music sensations for their debut U.S. concert on Feb. 11, 1964,  he wasn't convinced that he would be able to sell the 8,000-plus tickets that it would take to fill his arena. That's why Lynn reportedly insisted upon hedging his bet by booking several other acts — the Caravelles, Tommy Roe and the Chiffons. 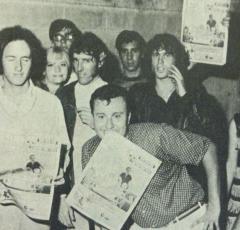 It was the summer of 1967 and The Doors’ single “Light My Fire” was racing up the Billboard music charts. The band found itself headlining large venues and even made an appearance on American Bandstand. But one date on the tour schedule might have stood out to front man Jim Morrison more than any other. (Not that he would’ve told anyone.)

On August 18, 1967, the band played an odd D.C. area double-header: a 7:30pm show at the National Guard Armory in Annapolis, Maryland, and a late night show at the Alexandria Roller Rink Arena in Alexandria, Virginia. It was the only time The Doors played two separate concerts at different venues in the same evening. And, for Morrison, it was a homecoming of sorts.