From 1984 to 1994 photographer Michael Horsley walked the streets of Washington, D.C., photographing the unseen and vanishing moments at a time when many inner-city neighborhoods still showed the effects of the 1968 riots. These images were tucked away in his private collection for almost 25 years until he published them on Flickr in 2010.

Horsley's Hidden Washington, D.C. collection (check it out on Flickr!) is a rare neighborhood-oriented photo archive of the nation's capital during the 1980s. In some cases, the physical landscape is almost unrecognizable today. In others, the scene is nearly the same now as it was then. Many of the photos are featured in WETA Television's documentary, Washington in the '80s.

We recently chatted with Horsley about his experiences taking the photos and his reflections on the changes he has witnessed in the years since. 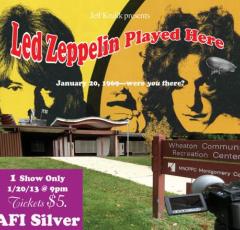