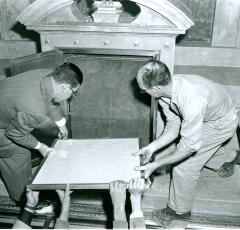 Washington, D.C. has been the backdrop for a number of films and TV shows throughout its history. But, at least in my lifetime, one movie just about everyone has seen is National Treasure. Known for its witty characters and adventure-packed plot centered around a heist of the Declaration of Independence. But, perhaps more surprising than the quest to steal the Declaration is the fact that it was still around to nab when the movie came out in 2004. Indeed, the Declaration’s real-life 200+ year journey from its creation in 1776 to its current display in the National Archives Rotunda gives the plot of National Treasure quite the run for its money.

Summer blockbusters are typically films driven by special effects and large set pieces with plots that involve major threats to America or the Earth in general. What better location to feature all these elements than Washington, D.C.? As the nation’s capital and one of the world’s most recognizable cities, Washington is tailor made to be a focal point in summer movie blockbusters. 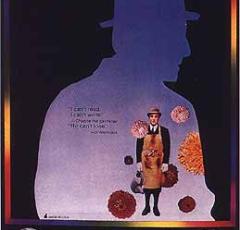 The 1979 film “Being There,” directed by Hal Ashby from the acclaimed novel by Jerzy Kosinski, was a light-hearted comic observation of politics and celebrity in America. Set in and around Washington, D.C., this Oscar gem is a time capsule of some Capital locales that might not be readily recognizable 27 years after they were filmed.

When people think of movies and Washington, D.C., the first film that often comes to mind is “Mr. Smith Goes to Washington.” The 1939 drama starring Jimmy Stewart as a country boy who gets a quick lesson in dirty D.C. politics is now considered an American classic. At the time of its release, however, “Mr. Smith” didn’t have many fans in the nation’s capital. 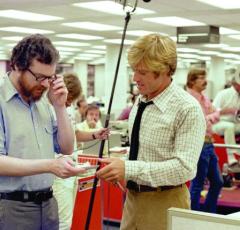 The film version of the Bob Woodward and Carl Bernstein book All the President’s Men had blockbuster written all over it when it was released on April 9, 1976. The book was already an international bestseller and had won its authors the Pulitzer Prize. And the filmmakers assembled to bring the book to the screen read like a who’s who of top Hollywood talent. Throughout the hubbub, editors at The Washington Post were in an awkward position.

It's hard to imagine now, but when the first Star Wars movie debuted in 1977, few in Hollywood expected director George Lucas' movie to do much business, let alone create pandemonium. The scene at Washington's Uptown Theater proved to be a bellwether of what was to come.

From the late 1940s until 1969, the U.S. Air Force kept a record of all of its investigations into supposed alien activity in a report called Project Blue Book. Until a few days ago, the project archive had been accessible only by visiting the National Archives in downtown D.C. But, now the records are online! So, you can see the reports on the many UFO sightings that occurred in the Washington area over the years.

Of course, UFO's have long been a source of fascination to Americans and images of alien invaders in the nation's capital have captured our imagination for decades. In honor of the new Project Blue Book release, we take a look at the 1956 Columbia film, Earth vs. The Flying Saucers, which had a special connection to Washington -- not only in the plot of the movie itself, but in the real-life inspiration behind some of the scenes of terror.

It was July 1963, and on Pennsylvania Avenue in front of the White House, a brutal melee suddenly erupted between rival groups of pickets who were on opposite sides of a proposed nuclear test-ban treaty. As Washington Post reporter Stephen C. Rogers described the scene, the protesters began "slugging, kicking and gouging" one another, until baton-wielding policemen waded into the fray to separate them.

During World War II, the job market in D.C. exploded; between 1940 and 1945, the number of civilians employed by the government almost quadrupled. The Defense Housing Registry, created by the DC government to help these new employees find housing, processed around 10,000 newcomers every month.

The housing market in D.C. was not at all equipped to deal with this influx; construction in the city had slowed during the Great Depression, and halted completely when materials and labor were diverted to the war effort. So what resulted from the overcrowding of Washington?

If American Hustle had won Best Picture at the 2014 Academy Awards, it may well have created a new tourist attraction in the nation's capital, even though the story takes place elsewhere.  We're talking about the six-bedroom house at 4407 W Street NW that the FBI rented to use as a base for the Abscam sting operation that inspired the film, in which a U.S. Senator, six members of the U.S. House, and assorted other local and state-level politicians in New Jersey were convicted of accepting bribes from a fictitious favor-seeking Middle Eastern sheik. (Here's a surveillance video clip showing the inside of the house, which features the late Rep. John Murtha, D-Pa., who was offered a bribe but turned it down, later insisting to FBI agents that he was seeking investment in his district. He ultimately was not charged with a crime.)

In a strange twist, the FBI leased the house in 1978 from an unwitting journalist, then-Washington Post foreign editor Lee Lescaze, who was heading to New York to work for the Post there.