There are some teams you expect to see excel each year in college basketball. Schools like the University of North Carolina or UCLA, which holds the record for most NCAA championship wins at 11. In 2006, George Mason was not one of those teams. The Fairfax school had only advanced to the NCAA tournament three times, and it had never won a single tournament game. Mason, largely a commuter school at the time, had only been playing in Division I since 1978.

But that year, the Patriots, who one columnist remarked "put the 'mid' in 'mid-major'" school,  went a wild, impressive journey to the NCAA Final Four. 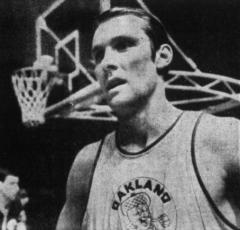 For one season the American Basketball Association set up shop in the Nation's Capital, as the defending league champion — and star player Rick Barry — moved from Oakland to D.C.  But almost as soon as the Washington Caps arrived in 1969, they were gone. So why didn't D.C.'s team last?

In the summer of 2011, basketball fans across the country weren't sure when they would ever get to see their favorite NBA players in action again due to labor strife. Luckily for those right here in the District, a community streetball league based in Southeast offered up the perfect solution to get some of the game's top talent on the court and competing again, and managed to turn a small gym in Northeast, D.C. into the center of the basketball universe for one special night.

On January 30, 1965, DeMatha Catholic High School clashed with the aptly-named Power Memorial Academy out of New York City. Led by 7'1" center Lew Alcindor (who later became the all-time leading scorer in the history of the NBA as Kareem Abdul-Jabbar), Power Memorial was riding a 71-game winning streak and had been tabbed as the mythical #1 high school team in the nation.

DeMatha, which had made a name for itself in the Washington area prep circuit under then 33-year-old coach Morgan Wooten, was no slouch either. The Stags were riding a 23-game winning streak of their own. Still, it was clear Wooten's squad would have its hands full with the New Yorkers and, in particular, Alcindor, "a 17-year-old who is not only big but quick, smooth and agile" who was drawing comparisons to Wilt Chamberlain.

What happened that night at Cole Field House has been called the greatest high school basketball game ever played. 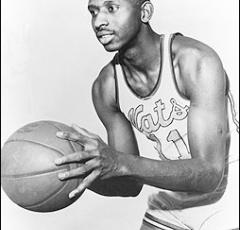 Earl Lloyd was a rising basketball star at West Virginia State College, but little did he know how soon he would become an important part of sports history. Toward the end of Lloyd’s senior season he was heading to class with a classmate and she told him she heard his name on the radio that day. Unaware of what she was referring to, Lloyd simply asked what she heard. She told him some team in Washington called the Washington Capitols had drafted him.

“You’re going to Washington and they’re going to try you guys out, so show them your best,” said Lloyd’s college coach, Marquis Caldwell. Being from Alexandria, Virginia, it was almost a homecoming party for Earl Lloyd. Before he was at West Virginia State, he graduated from Parker-Gray High School in 1946, Alexandria’s only African-American high school. 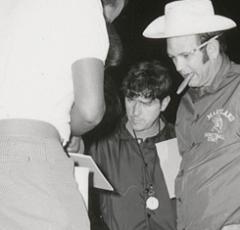 Coaches are always looking for an edge on the competition but former University of Maryland basketball boss, Charles “Lefty” Driesell may have been the best – or at least the most original. Case and point: October 15, 1971.

In an effort to keep everything fair and just, the NCAA has rules. [Insert your own joke here.] One of those rules concerns when teams are allowed to begin practicing at the start of a season. In 1971, the magic date was October 15 and Driesell wasn’t about to let any time go to waste.

So, at 12:03am – when presumably the competition was sleeping… or doing what college kids do in the wee hours of the morning – he blew the whistle to start his team’s first practice. In doing so, he unknowingly created a fad, which took off – first at Maryland and, soon, at other schools. 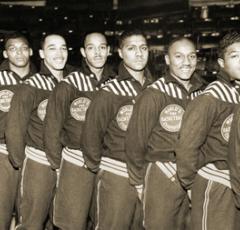 The history of the Bears can be traced back to the D.C.’s journalism pioneer Harold “Hal” Jackson. In 1939, Jackson began broadcasting Howard University’s home baseball games and the Negro League baseball team, The Homestead Grays. In 1941, Jackson used his popularity and sports business savvy to organize a new all-black basketball team in the District. 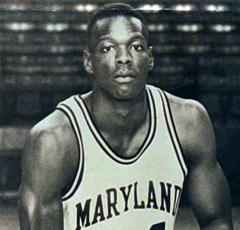 The court was closed off to students like it always was after basketball season was over. A sign over the floor read “Keep Off” and there was a still darkness inside of Cole Field House.

Students sat quietly in the top rows of the yellow seats in the arena, thinking, wondering. While some stared down at the court with wide eyes, others leaned back in their seats with their eyes closed.

Raw emotion spread across the arena as they came to remember the Maryland Terrapin legend, Len Bias.

Just a few days before, Bias had been on top of the world, the second pick in the NBA draft by the famed Boston Celtics.

Nowadays the NCAA Men’s Basketball Final Four is played in huge football stadiums that can seat 50,000 or more fans. But that wasn’t always the case. Back in the day, the games took place in much smaller, on-campus arenas and the media coverage was paltry compared to what we see now. Such was the case in 1966, when the University of Maryland’s Cole Field House hosted college basketball’s final weekend.

That might not sound like a big deal, but with the way the tournament unfolded, the 1966 championship game proved to be a major event in the civil rights movement. 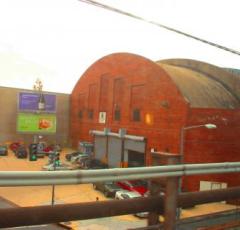 If you ride the Red Line Metro, you've probably seen it out the window at the New York Avenue stop: A massive, rust-colored structure with a curvilinear-trussed roof. It looks like an abandoned warehouse or factory, or a repair shop for ancient locomotives. You’d probably never suspect that 50 years ago in February, the Beatles played their first U.S. concert there.   It also was the home of Washington’s first NBA team, and hosted events ranging from figure skating and midget auto racing to Dwight Eisenhower’s 1957 inaugural festival and a 1959 speech by Nation of Islam founder Elijah Muhammad.