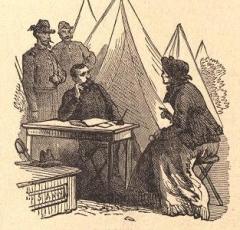 Rose O'Neal Greenhow hosted some of the most prominent politicians of her time in her house on 16th Street. At the beginning of the Civil War, she turned it into a hub of Confederate espionage. Then, it became a Union prison. 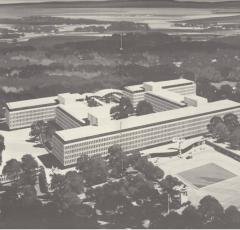 Can you imagine the world’s most powerful clandestine intelligence agency spread out across a series of ramshackle offices in and around Washington, DC? Well, that’s what constituted the Central Intelligence Agency in 1953, the year Director of Central Intelligence Allen Dulles announced a plan to build one large, secure campus that would be home to the rapidly growing spy agency.

On June 13, 1942, four Nazi spies disembarked their U-Boat on a beach near Long Island, New York. Four days later, a similar group landed on Ponte Verda Beach, Florida. Their goal: to harm American economic targets in the hope of turning the war back in favor of Germany. The men had been extensively trained at a sabotage school near Berlin and carried enough explosives, primers, and incendiaries to support two years worth of destruction. They carried plans with them that outlined attacks of New York’s Hell Gate Bridge, hydroelectric plants at Niagara Falls, aluminum plants in Philadelphia, the canal lock systems in Cincinnati and St. Louis, and other targets.