From 1984 to 1994 photographer Michael Horsley walked the streets of Washington, D.C., photographing the unseen and vanishing moments at a time when many inner-city neighborhoods still showed the effects of the 1968 riots. These images were tucked away in his private collection for almost 25 years until he published them on Flickr in 2010.

Horsley's Hidden Washington, D.C. collection (check it out on Flickr!) is a rare neighborhood-oriented photo archive of the nation's capital during the 1980s. In some cases, the physical landscape is almost unrecognizable today. In others, the scene is nearly the same now as it was then. Many of the photos are featured in WETA Television's documentary, Washington in the '80s.

We recently chatted with Horsley about his experiences taking the photos and his reflections on the changes he has witnessed in the years since.

Over the past several decades, Arlington's Columbia Pike corridor has grown into one of the most ethnically diverse communities in the nation. The neighborhood is literally home to the world, which makes it a fascinating subject for study. But how do you capture the essence of a community? It's a big question and one that Lloyd Wolf and his collaborators on the Columbia Pike Documentary Project have been trying to answer for almost 10 years.

We sat down with Wolf to learn more about the project. Check out the video below for some highlights from the conversation. Then click through for more!

Addison Scurlock dressed in a suit and tie whenever he held a camera. Confident and serious about his work and his appearance, he presented himself to the world the same way that he presented his subjects.

Scurlock was only 17 when he moved to Washington and listed “photographer” as his profession in the 1900 census. He apprenticed with a white photographer for three years before opening his own studio in his parents’ house. By 1911 he had a studio in northwest Washington, and soon he had two apprentices of his own: his sons, Robert and George. As adults, they joined him in the photography business.

“I would describe my father as very intense, in all of his endeavors,” Robert Scurlock said in a 2003 interview. “He had a lot of drive to him. If he saw something he wanted to explore, he would find all means of doing it.” 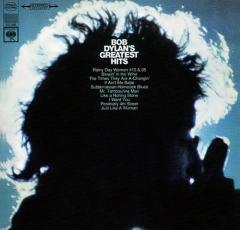 Washington doesn't usually get mentioned in the pantheon of great American music cities but we've had our moments. One of them was Sunday, November 28, 1965, when Bob Dylan played the Washington Coliseum.

Curiously, details about the concert itself are scarce — the Washington Post didn't bother to write a review (kind of surprising since Dylan was very well known by 1965), and Dylan's own website doesn't have a setlist from the show. But the singer's visit to Washington was significant for one now-famous image the concert produced.