While sifting through the virtual archives of some local publications, I came across an incident from 1947 that stood apart. Unlike most news, the event read like a Film Noir. This real-life tale was juicy enough to make headlines for days, suspenseful enough to make me wonder about motives, and hard-boiled enough to speak volumes to the disenchantment of the people involved. So, this article will look a little different from what we usually do at Boundary Stones. Rather than presenting the facts in a linear, scholarly manner, we have decided that this story shines best as a piece of narrative nonfiction. While every sentence is grounded in research, we held off on footnotes to let the story breathe, and took a few creative liberties to bring the characters to life. For variety, my dear reader, is the spice of life… 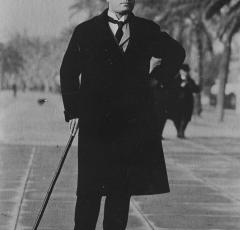 St. Elizabeths Hospital has had its fair share of infamous patients. Would-be Presidential assassins Richard Lawrence and John Hinckley, silent film actress Mary Fuller, and “The Shotgun Stalker” James Swann have all called the psychiatric hospital home. But the building has also had some lesser-known, but equally significant, guests – or at least parts of them. St. Elizabeths quite literally got a piece of Benito Mussolini’s mind when sections of his brain were sent there for research in 1945.That’s right: as literary great Ezra Pound spent time in the Chestnut Ward, a portion of his fascist idol was just next door. And while Pound left after twelve years, the brain remained, shrouded in obscurity, until its eventual disappearance more than twenty years later.

Let’s go back to April of 1945. It was the final year of World War II, and things weren’t going well for Il Duce. Allied forces were invading Italy, and as he attempted to flee, Mussolini was captured by Communist partisans near Lake Como. There, he was executed with his mistress, Clara Petacci, and taken to Piazzale Loreto in Milan. 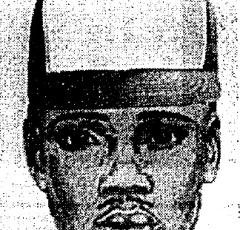 The year was 1993. Spring had come to Washington and the cherry blossoms were blooming, but residents of Mount Pleasant and Columbia Heights were on edge. For over a month, a gunman had been on the loose in their neighborhood, targeting pedestrians with a pump action shotgun. By the middle of April, the assailant – who was dubbed the “Shotgun Stalker” by local media outlets – had been linked to nine shootings, three of which were fatal.

Each incident was eerily similar: the stalker cruised the neighborhood in his car after dark, isolated a pedestrian and then fired at the person’s head. But yet it was all so… random. The victims varied in age, sex, ethnicity and occupation – there was no logic. After pulling the trigger the gunman would disappear, seemingly into thin air. 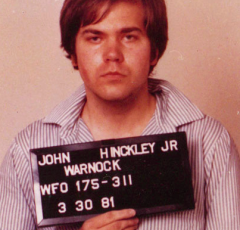 As the sun rose over Washington, DC, on the morning of March 30, 1981, in room 312 of the Park Central Hotel on 705 18th Street NW, a guest lay in bed, anxious and wired after a mostly sleepless night. He had arrived the night before on a Greyhound bus, and like many other tourists who visit Washington from afar, he had a big day ahead. But unlike most of them, he didn't plan to see the Lincoln Memorial or the Capitol dome, or to peruse the exhibits at the Smithsonian Institution's various museums. No, this visitor had something different in mind. His name was John Warnock Hinckley, Jr., and he was going to try to kill the President of the United States. 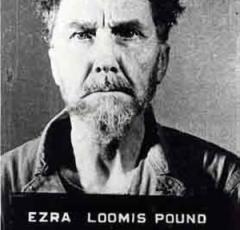 Ezra Pound was an acclaimed writer who was a central figure in the modernist movement, editing T.S. Eliot’s landmark poem The Waste Land and helping to get other modern writers published, including Ernest Hemingway and James Joyce. When Pound lived in D.C. for twelve years after World War II, you might assume that he called a literary haven or Capitol Hill row house home, but that is far from the case.

Pound was actually a patient at St. Elizabeths hospital, Washington's foremost mental institution even though the doctor's who assessed him found him to be of a sane condition.

How did that happen? Glad you asked. It's a pretty interesting story.