The Tivoli Theater's grand opening in 1924 was heralded by a grand parade and a carnival which attracted hundreds of Washingtonian's to the Golden Age movie theater. Yet, just over 50 years later, the Tivoli had its windows bolted up and doors closed, no longer the shining light in the Columbia Heights neighborhood. What followed afterwards was a dramatic decades-long fight over the fate of the Tivoli, bringing up questions surrounding urban renewal and the future of the neighborhood, which had suffered greatly after the 1968 riots following the assassination of Dr. Martin Luther King, Jr.

The 1970s and 1980s saw increased Latin American immigration to the United States, and to D.C. in particular. At the time, there was limited access to Latin American performing arts, something that Rebecca Read and Hugo Medrano sought to fix when they founded Grupo de Latinoamericanos Artistes (GALA) in 1976. They never expected, though, that GALA would take off and eventually become the National Center for the Latino Performing Arts. Their journey to becoming cultural icons in D.C. also coincided with the changing Latin American community in the District. 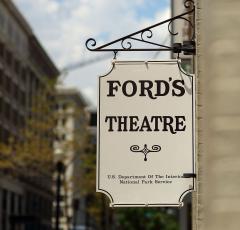 As we’ve discussed previously on this blog, President Abraham Lincoln wasn’t the only victim when he was shot by John Wilkes Booth at Ford’s Theatre on April 14, 1865. There were several others who were victimized that night – some hauntingly so. What sometimes gets lost, though, is the impact of the assassination on the theater itself.

It’s Washington in 1967, and the District’s old reputation as a sleepy, southern city is being squashed by the feet of Vietnam War protesters and the voices of Washingtonians calling for racial equality. That same year, local theatre Arena Stage announced that, on December 12, it would be putting on the world premiere of Howard Sackler’s play, The Great White Hope. At the time of its production, the play was completely unknown. No one would have imagined that 50 years later, the production of the now-Tony-winning show would go down in history as one of the most influential moments in shaping the political and cultural landscape of Washington in the 1960s.

After years of acquiring important books and manuscripts, and a few more years planning and acquiring land, the Folger Shakespeare Library was almost bumped out of Washington thanks to a bill to expand the Library of Congress. But instead of fighting the other library, the two would work in close cooperation to ensure the Folger Shakespeare Library came to Washington and flourished.

In the middle of the Cold War, the United States and the U.S.S.R. managed to find one thing they could agree on: culture. In 1958, the two countries reached an agreement which allowed each to send students, scientists, and performers to the other country to exchange new ideas and technologies. The initial agreement, made during the space race and just a few years before the Cuban Missile Crisis, would eventually facilitate an exchange of 1,700 individuals. Arena Stage became a part of that exchange in 1973 when they traveled to Moscow and Leningrad. 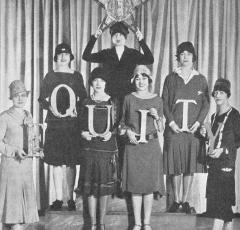 There are two things that all D.C. residents love: the first lady and the performing arts. It’s no surprise then that in the capital, “First Lady of American Theatre” Helen Hayes is an icon. Born in 1900 in Washington D.C., Hayes’s career spanned nearly eighty years. She was the first EGOT (Emmy, Grammy, Oscar, and Tony) recipient to be awarded the Presidential Medal of Freedom from Ronald Reagan in 1986. But out of all her accomplishments, perhaps one of the most overlooked is Helen Hayes’s involvement in the desegregation of the National Theatre.