Nowaways nearly everyone knows that Orville and Wilbur Wright were the “First in Flight,” but that wasn’t always the case. A local scientist almost knocked them out of the history books... twice. In 1903 a team under the direction of Smithsonian Institute Secretary Samuel Langley attempted a manned flight of a motor-powered airplane from a houseboat in the Potomac River. If successful, it would have been the world’s first flying machine.

The flight was a spectacular failure, but for 30 years the Smithsonian recognized Langley's Aerodrome -- and not the Wright Brothers' flyer -- as the world's first manned aircraft capable of flight. Needless to say, Orville and Wilbur were not pleased. 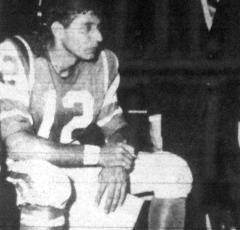 So where do you think Hall of Fame quarterback Joe Namath made his professional football debut? Shea Stadium in New York? Wrong. Fenway Park in Boston? Wrong again. D.C. Stadium in Washington? Nice try, but no.

On August 7, 1965 Namath and the New York Jets played the Houston Oilers at GWHS in the first preseason game of the 1965 AFL season. The game was a charity benefit sponsored by Kena Temple, the local Shriners organization, and was wrapped into the city’s annual “Alexandria Days” summer festival. 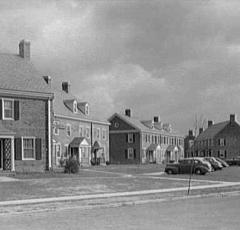 The year is 1943. You’re new to the area and looking for a place to live that’s close enough to the city that the commute to your government job won’t be completely terrible. Maybe you’ve got a dog. Maybe you’re starting a family. It’s a busy time. The war is going on, after all, and Washington is buzzing with activity. Where are you going to live?

Well, if you were looking in Arlington, there’s a good chance you might end up in the new Fairlington neighborhood…  That is of course, if you could get a spot -– easier said than done in those days. 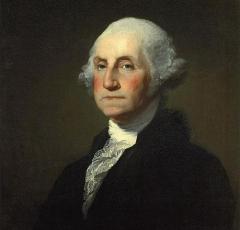 George Washington, the father of our country, was a deadbeat book borrower? Apparently so. In April of 2010, the New York Society Library was going through the process of restoring and digitizing their holdings when an employee stumbled across the long lost fourteen-volume collection, Common Debates, a collection of transcripts from the English House of Commons. But, the collection was missing a volume. A check of the old circulation ledger proved that volume #12 had last been checked out by library patron George Washington October 5, 1789, along with a book by Emer de Vattel, entitled Law of Nations.

The books were due back on November 2, but according to the records, neither was ever returned. 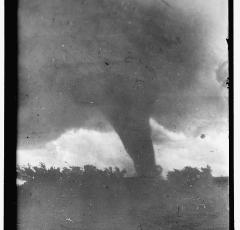 On November 17, 1927 one of the fiercest storms our area has ever seen touched down near Old Town Alexandria. With winds estimated at 125 mph, it ripped through Alexandria, D.C. and Prince Georges County within minutes, leaving a trail of destruction in its wake. 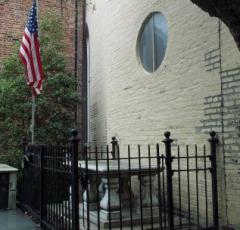 Yesterday, we posted a story about the dedication of the Tomb of the Unknown in Arlington National Cemetery in 1921. Most readers are probably familiar with that memorial (and, if they read our post, they now know a little about its history). It is, after all, one of the most sacred places in the country.

But, what you may not know is that there is another Tomb of the Unknown just down the road in Alexandria, Virginia. In the burial yard of the Old Presbyterian Meeting House at 323 South Fairfax Street lies the Tomb of the Unknown Soldier of the American Revolution. It is just seven miles away from its more famous counterpart, but light-years apart in the amount of attention it receives.

On November 11, 1921, three years to the day after the armistice that ended World War I, President Warren G. Harding presided over the dedication of the Tomb of the Unknown Soldier in Arlington National Cemetery. It was an emotional affair for Washington and the nation. 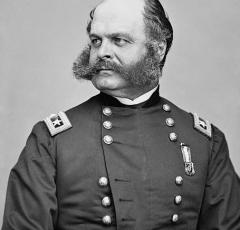 Just as this week’s cold snap sent many people searching for their winter coats, it also reminded some shivering citizens of a particular month-long “celebration” that keeps their cheeks warm, too: “No-Shave November.”

As a person who appreciates history and a good facial hair crop, I couldn’t help but think of certain furry Civil War general who rose to prominence 150 years ago this week.

Virginia is the 35th biggest state, yet has the 3rd most counties and independent cities in the country. How did that happen?

Well, at least part of the answer is lies in the Commonwealth's colonial origins.

You’re sixteen years old, caught up in the intoxicating freedom that comes with your new driver’s license, and it’s Halloween night. You and your friends are driving around your small town looking for a quiet place far away from adult supervision. You decide to park on the side of the road near a secluded railway overpass. It’s the perfect place to get “up to something,” as your mother would say: woods creeping up on either side and the complete darkness you can only find on rural roads without streetlamps or nearby houses.