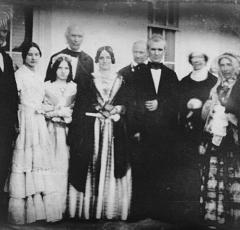 Today she is widely remembered for her heroism during the War of 1812, when she saved a portrait of George Washington from being taken and burned by British invaders. But during her lifetime, Dolley Madison was best known as a prominent socialite, hostess, and politician in her own right — one of the country’s first celebrity personalities.

When the U.S. entered WWII in late 1941, women all over Washington stepped up to fulfill wartime needs; and Filipino women were certainly no exception. The Filipino Women's Club of Washington, formed in 1943, played a crucial role in the war effort and inspired community when the city most needed it.

On January 8, 1867, Congress passed the District of Columbia Suffrage Bill, granting African-American men the right to vote for the first time in U.S. history. D.C.’s black community was ecstatic. But though this was certainly an exciting start, the stakes surrounding the black vote escalated in June 1868, when the two candidates for Washington’s new mayor promised vastly different futures for the city.

In June of 1923, Washington, D.C. prepared for thousands of men to descend upon the city for the 49th  annual session of the Imperial Council of the Ancient Arabic Order of the Nobles of the Mystic Shrine. In other words, the Shriners were coming to town. Over the course of June 5, 6, and 7, the city would become a sea of fezzes as thousands of Shriners took part in a number of different events throughout the city, including a parade down Pennsylvania Avenue, a massive concert at American League Park, and even an open invitation to overtake the White House by the President himself.

Today, the K-Pop phenomenon has taken the world by storm; but it seems that American fascination with Korean music goes all the way back to the late 1800s, 1896 to be exact. Long before bands like BTS sold out stadiums, there were seven Korean (then called Chosun) students whose singing captured the attention of “dozens of damsels” at Howard University. 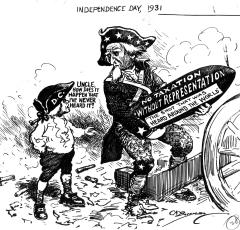 2422 K St. NW, nestled in the Foggy Bottom neighborhood just down the street from the George Washington University, looks like any other D.C. row house. But for the Filipino community in D.C. during the 1930s through the 1950s, it was a haven - a source of culture, community, and comfort. As those who remember it fondly today can testify, 2422 K St. NW wasn’t just a row house; it was the Manila House. 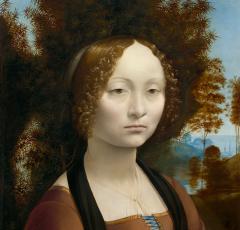 On a cold night in January 1967, a plane landed quietly at National Airport. No one could know where it came from and what it carried. in fact, the only indication of the plane's arrival came through a coded message, sent by the FBI agents on board: "the Bird" had landed. Despite all this, though, the only thing that came off the plane was a perfectly ordinary, plain grey American Tourister suitcase. No one suspected anything.

However, rumors circulated. Two weeks later, the New York Times broke the news that Washington's National Gallery of Art had landed the art deal of the century: the purchase of a painting by one of the most famous artists in the world, Leonardo da Vinci.

“Phantom-like hosts of the Ku Klux Klan spread their white robe over the most historic thoroughfare yesterday in one of the greatest demonstrations the city has ever seen.” So read The Washington Post on the morning of August 9th , 1925. On the previous afternoon, the nation’s capital bore witness to the largest Klan march in the city’s history as tens of thousands of robed Klansmen marched down Pennsylvania Avenue towards the Washington monument, most of them feeling no need to wear a mask.