On May 15, 1918, Lt. George Boyle took off from Potomac Park as the inaugural flight in the United States’ first continuous airmail service. However, hours later, Boyle was climbing out of a crash-landed plane in Waldorf, MD, miles away from his intended destination. But Boyle wasn’t entirely to blame for the airmail’s rocky start – or was he?

Many international dignitaries were invited to attend the unknown soldier burial on Armistice Day in 1921, honoring those who had died in anonymity during World War I. However, the invitation of one of these guests, Chief Plenty Coups of the Crow tribe, carried a greater significance. His attendance represented the Native American contribution to the Great War as well as the contentious relationship between Native Americans and the United States government at the turn of the twentieth century.

Military leadership, including President Lincoln, saw the potential of military balloons, and the public believed they would change the landscape of the Civil War, aiding the Union’s eventual success. Only two years later though, what would be known as the “Balloon Corps” would be dissolved. So, what ended the use of this promising and successful aerial endeavor?

From July 4, 1798 to his death in 1799, George Washington served as Commander-in-Chief of the United States Army. Tensions with France were on the rise during the Quasi-War, so President John Adams appointed Washington to lead the nation’s armed forces. 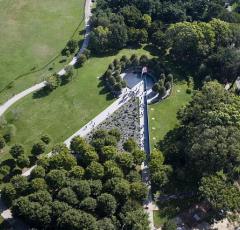 Called the "Forgotten War," the Korean War has been overshadowed by better-known conflicts in American history.  The fight to remember it began in the 1950s, but it wouldn't be until the 1990s that a memorial would be built in Washington. 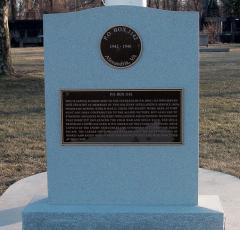 December 7th, 1941. Pearl Harbor smoldered following intense, coordinated attacks by air forces from the Empire of Japan. Within days, Americans were embroiled in the conflict that was the Second World War, while the American military scrambled to establish a competent intelligence gathering operation on the East Coast. Carved from a portion of George Washington’s Mount Vernon estate, Alexandria’s Fort Hunt began its life as a coastal fortification during the Spanish-American War. With its close proximity to Washington, Fort Hunt became an ideal location for one of the most secretive group of programs in American history. Codenamed after its post office box in Alexandria, 1142, Fort Hunt became a secret interrogation center for high value German POWs. The layers of secrecy did not stop there. Unbeknownst even to interrogators stationed there, Fort Hunt also held a program whose mission was to communicate and aid in the escape of Allied POWs trapped in several German camps throughout Europe.

On the morning of August 29, 1940, while the Battle of Britain raged in the skies overhead, a small group of men boarded an ocean liner and left the country with the nation’s most sensitive military secrets.

These men were not spies or Nazi sympathizers. They were among the United Kingdom’s foremost civilian and military scientists, and they were headed for Washington, D.C. in an attempt to turn the tide of the war, which at that point was going very heavily in favor of Nazi Germany.

Lloyd Cosby remembers standing on the plaza at Arlington Cemetery, inspecting a guard change at the Tomb of the Unknown Soldier, when an elderly woman approached him. “Are the guards here at night?” she asked.

It was the late 1950s, during the year and seven months that Cosby served as the Tomb guards’ platoon leader. Later that day, the woman would tell Cosby about her son who had died at war, but had never been identified. The Tomb of the Unknowns was the only place she could come to pay her respects.

On November 11, 1921, three years to the day after the armistice that ended World War I, President Warren G. Harding presided over the dedication of the Tomb of the Unknown Soldier in Arlington National Cemetery. It was an emotional affair for Washington and the nation.